Today I had to say goodbye to my Fargo. When I first met him at the humane society in 2001, I had no intention on adding a 3rd dog to my home. Fargo was very shy. I kept going back to visit him and then realized that he was meant to be a member of my home. This is the first picture I took of him: 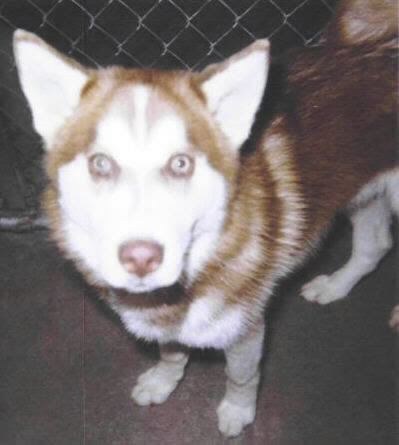 I don't know much about Fargo's back story, but I was told that he was found on a farm. The family that found him wanted to keep him because he was very gentle with their little boy. But Fargo also liked picking up chickens on the farm and carry them around. That's something that they weren't thrilled with, so he ended up at the humane society with the name of Blaze. I renamed him Fargo once I'd decided to adopt him.

Fargo and I went to dog school together and had a lot of fun. We were in a very rainy parade together: 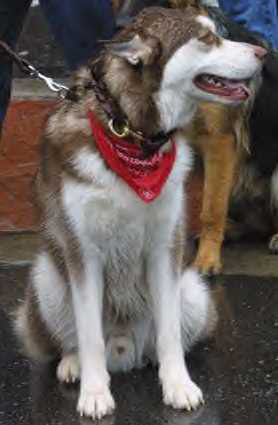 We also went to a costume party at the dog school: 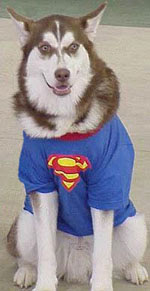 Ultimately Fargo got his Canine Good Citizen certificate. He didn't become a certified therapy dog because he decided that he'd rather have a piece of hotdog on the floor than pass the test. He always had a joy of life and a good sense of humor. 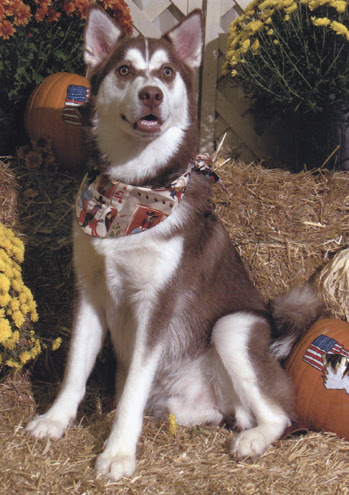 I will always miss my cowboy dog who always would sit so very close to me, whichever chair I happened to be using.

I love you very much, Fargo! 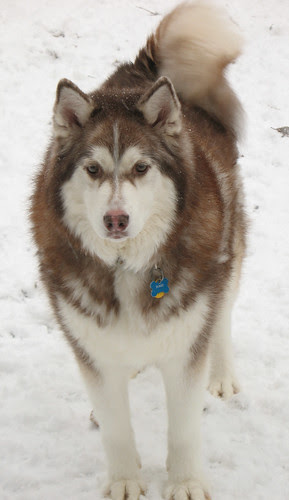 NAK and The Residents of The Khottage said...

What a GOOD BOY! We'll watch for him zooming across the sky in his silver harness tonight... gosdpeed, Fargo.

He was met at the Bridge with so many friends and is now running free and fast.

They leave such a hole in our hearts when we have to let them go. But, we do it because of our great love for them.

Godspeed sweet Fargo. And, many hugs to your momma.

Always seemed that Kodiak and Fargo should be friends and now they are hanging out together. Watching a red sky sunset as I type this. So that must be their sign.

We are so sorry. We wish we had known him, but we know what it is to lose something we love.

So sorry for your loss. We have a red-head husky at the bridge also. I'm sure all those reds are having a blast.

Woo kin dance wid da wind and among dem bewooootiful stars.
Maw and I and my sibs are so furry sad to see woo has gone to the Bridge.
We send sum purty thougts to your maw and family here on da ground..

So sorry to read about him going to the Bridge. What a handsome dog he was too.

I read about the loss of your beautiful boy Fargo on Khyra's blog. Our deepest heartfelt sympathy for your loss. What a stunning beauty, and such an expressive face. The photo of him behind the chair is precious. Lovely tribute you wrote. You are in our thoughts and prayers during this difficult time.

We read about Fargo on Khyra's blog and just wanted to stop by and pay our respects. What a beautiful (and clearly lovely) boy he was!

what a lovely face and mask on him. i'm so sorry that he's gone but he had one lovely life!

Khyra told us 'bouts da loss of your sweet Fargo and we are here to say how sorry we are. We are sending you lots of boxer puppy prayers and luv.

this is right and needfull and very helpfull. I really need to know this.I wish you post this type of things many many times. I have a dog food site all news about any dog food news about their likes, cost, activity are here. that link is http://www.petfood.com/